This Market Has Got Us All Seeing Double 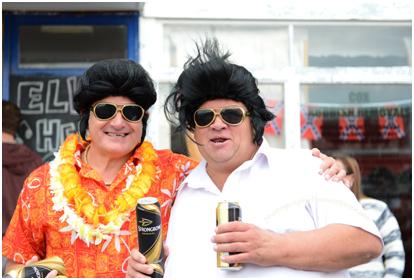 Apparently October spookiness is still in the air among the analysts and technicians. Once again our current status has drawn eerie comparisons to the market top in ’07 and not even the Day of the Dead was enough to shake off the cobwebs on this one.

At first glance the charts are similar, but the concern is that in ’07 the S&P 500 had a breakthrough failure in October that eventually led to, well… ’08. Are we seeing double again? If we look at the charts side by side, the volume (as shown by the Total Volume Oscillator or TVO) tells us a different story.

Back in October ’07, the double top quickly resolved itself to the downside, but notice that the TVO reached a fairly high reading of +6.1. What this means is that there was a large amount of accumulation during the rise of the second peak. As soon as the breakthrough failed there were plenty of sellers ready to unload, which accelerated a huge slide in the opposite direction.

So what’s different about ’14?

Well, we have what looks to be a potential double top again, but this time the rise of the second peak was after an extremely low TVO reading of -9.5, which represents heavy distribution. To put that level into perspective, imagine an upside down Mt. Everest… I think you can agree that’s a pretty extreme amount of distribution.

When the show seems like it’s over, even after Elvis has left the building, no one wants the party to end, so the void quickly becomes filled with a huge rush of heavy buying. This leads us to where we are today (11/4/14) with a TVO reading that has sprung back up to a modest +2.6… not quite close to being defined as heavily overbought. There just aren’t enough buyers up there yet to make this topple over like in ’07.

Another possibility is we take a sudden dip down and the oscillator quickly changes direction and goes negative again. We would need about a week of sudden heavy selling for that to happen. In any case, the odds that we venture down near -9.0 again this soon are very slim (the TVO has only gone below -9.0 three times since 1978), so whatever pullback we get will likely be short lived.